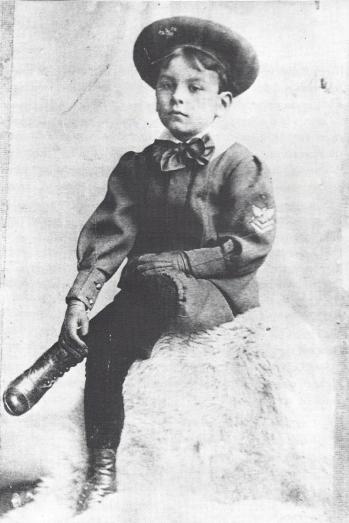 Though only six years old, Luis spoke better English than most of his teachers, because he’d spent four of those years in New York City.

He was not clothed like an “average” Puerto Rican child.

He was dressed for success in the “American style,” with knee-length trousers and military symbols – eagles, stripes, anchors, stars – embroidered on his sleeves.

Throughout his entire life, Luis Muñoz Marín would smoothly straddle the two worlds that he grew up in: the chic and fashionable “Americanos,” and the humble, hard-working people of Puerto Rico.